And some of the secrets aren’t staying buried. In this new Orson’s Folly mini series, we’ll be following Ricky McGee and Natalie Carter as they unravel the mysteries of Orson’s Folly history through reading old journals and tracking down leads.

In Orson’s Echoes, the first installment of The Journals of Orson’s Folly, follow Ricky and Nattie out to the old McGee homestead on a quest for ghosts, where they will find lots more than they bargained for.

More than friends but not quite family. It’s complicated… and frustrating.

Natalie Carter divides her time between her biological mother and her adoptive parents. But it’s really her bio mom’s adopted brother-in-law who causes her frustration. Sometimes it seems like he doesn’t even see her, and when he does, he treats her like a tag-along little sister.

Ricky McGee has enjoyed Natalie’s company since they met when she was only thirteen and he sixteen. Now she’s nearly seventeen and he’s feeling more than enjoyment in her presence. But their relationship is complicated, and she’s so young, and he can think of a hundred reasons why a romantic entanglement is a bad idea.

When Natalie wants to visit the old McGee homestead before she leaves from her Thanksgiving visit, she and Ricky end up in a spontaneous treasure hunt that might cost them their lives. But is it a treasure hunt gone wrong? Or a love hunt gone right?

Justin shifted his gaze to Natalie. “This one leading you into trouble?”

“Quick ride, huh?” Justin leaned to the right and looked beyond her. “Got a lot of gear packed for a quick ride.”

“I have said that.” Justin rubbed his jaw. “Well, I thought maybe you had it in your mind to head up to the old homestead. I guess if that’s not your plan, you won’t have any use for these.” He held up a book in his left hand, worn brown leather, cracked in places. An assortment of papers protruded beyond the borders of the book’s cover, some of them yellowed with ragged edges.

One of the old journals Natalie had found on the study bookshelves. Ricky frowned, trying not to show too much interest. But he’d never seen one that seemed to be leaking extra papers.

Nattie’s fingers moved restlessly, as if itching to reach for the old book.

“I asked Ricky to take me to the homestead so I could hear the ghosts,” blurted Natalie.

Ricky winced as he watched his friend fall prey to Justin’s information-fishing expedition. Shoulders sagging, he suppressed a groan.

“I thought so.” Justin nodded, his lips lifting in a triumphant half-smile as he shot Ricky a pointedly skeptical look.

Right. Ghosts. Exactly what Ricky openly scoffed at every time someone mentioned hearing voices at the old homestead.

Justin opened the journal and slid out some of the loose sheets. Not sheets, Ricky corrected; just one paper, but folded into fourths. Justin motioned for them to follow him as he walked to the work bench.

The map he unfolded was crisp and white except for the folds, and he smoothed those as he laid it on the wooden surface. “This is a map of the Cross MC that Joe’s been working on with the county surveyor.” He traced a path along the edge of the property. “This is the longest way to the cabin, but it’s the safest. No canyon walls closing in on you. You’ll only cross the river once, and it’s usually easiest there.” He tapped the map as he met Ricky’s eyes. “It’ll add about an hour to your ride, but since you plan to be gone all day anyway, that shouldn’t trouble you.”

The vise around Ricky’s chest eased its grip. His dad was going to let them go. As long as he did it by the rules according to Justin McGee. Sighing, he gave in with a single nod.

“Thank you!” Natalie threw her arms around Justin’s neck and kissed his cheek.

“Just don’t go getting in trouble out there.” He grinned hard as his face bloomed rosy pink. Then he faced Ricky. “Okay, son, you got a two-way?”

“Yeah… they don’t work where we’re going, but—”

“They work for part of the way. And they sometimes work farther out if you can get to some high ground without trees. Until Ryan gets the satellite base system in there, it’s better than nothing.”

Justin held up a hand and ticked off items as he asked. “Lunch, trail mix, hunting knife, spare gloves, bandanna, scarves, flare gun…” He stared at the saddle holster and nodded at the Winchester. “Spare ammo?”

Ricky nodded. “Yep. And Nattie has all that, too.”

“What else is in Keagan’s journal?” asked Natalie, as though she couldn’t contain the question any longer.

A slow smile crept over Justin’s face. “This isn’t my granddaddy’s journal. It belonged to my great granddad, Clement Orson. A little light reading you two can cover when you stop for lunch.” He pointed to the section marked Original Homestead. “You should be there by then.” Then he folded the map and handed it to Ricky, along with the journal. “You’d best get going. Dawn’s breaking.”

He shuffled to the door and pulled it open, but glanced over his shoulder before he stepped through. “Gets dark around six these days.” Leaving the door open, he strode to the house without looking back.

Translation: be home before dark. Ricky sighed. Turning eighteen hadn’t resulted in as much freedom as he might have pictured at one time. Turning nineteen hadn’t proven much better. A comforting warmth settled in the vicinity of his heart as he secured the journal and map in his saddlebag.

Find it at your favorite e-book retailer.

For the story from the beginning, check out
The Echoes of Orson’s Folly 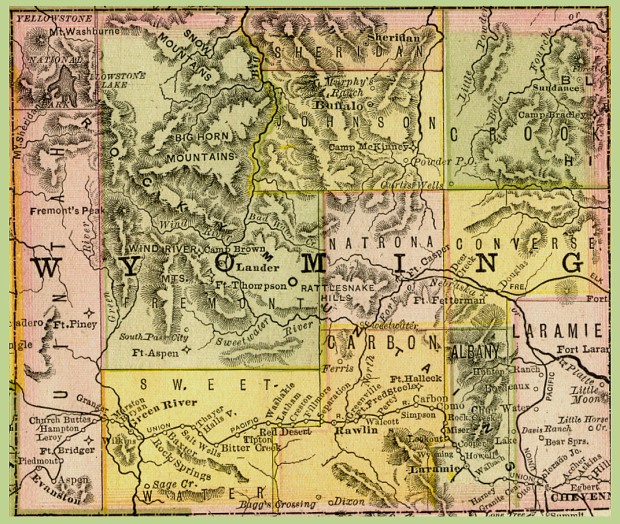