From work in progress, Undivided. Hope you enjoy! WARNING: This excerpt is rated MATURE for language.

e boat launch and keep going, and that she try not to get it shot and killed. Anything else was fair game.

“Oh, now my brother’s just hilarious, isn’t he?” grumbled Anna. “I’ll show him what fair game really means. I’ll drive his baby to the mall and park it under the starling tree. It’s not like I asked to get my car shot to death.”

Garrett shrugged and averted his gaze but not before she caught the grin that flashed across his face.

“Well, I don’t know if I’d go that far.” He crossed the space between them and bent to rest his forehead against hers, teasing her bottom lip with his thumb before covering her mouth with his own. “I am kind of partial to his sister, though,” he added against her lips.

When they heard the key in the front door, Anna might have broken their connection, but Garrett kept his arm around her shoulders while they waited for her brother to make his way to the kitchen. When he did, he was loaded with boxes and files, which he dropped onto the floor near the breakfast bar.

With one glance, he took in the couple standing near the sink and grinned . “Good. Things should be less tense around here now, so maybe we can make some progress on these cases.”

Reaching down, he pulled the top file from the stack and handed it to Garrett, who opened it and began reading with a frown of concentration. As he read, his frown deepened.

Gina entered carrying grocery bags from the local organic food store that Anna herself had never had the vaguest interest in visiting. “I’m cooking dinner,” she announced.

Anna wrinkled her nose distastefully. “Did you lose a bet?”

With a hearty chuckle, Gina began unloading the bags. “No! That distinction would belong to your brother!”

Struck by a momentary feeling of revulsion, Anna stared at her brother. “What kind of bet did you lose?”

“Yeah, about that,” Matt replied, shuffling his feet. “I’d really, really. Really. Like to not go there.”

Anna glared at her brother, sizing him up. “This better not have anything at all to do with me.”

Gina swooped in to the rescue. “Did you tell him?”

“Thought I’d let him read it for himself,” Matt answered. He removed some kind of leafy green vegetable from one of the grocery bags, glancing at it quizzically before setting it on the counter.

Gina looked around her partner at Garrett, who had sunk onto one of the bar stools, still perusing the file. “Apparently, he hasn’t gotten to it yet.”

“Gotten to what?” asked Anna.

“That wasn’t it,” Matt and Gina said in unison, exchanging a secretive glance.

This time Anna shot her brother a warning look.

“Mother fuck!” Garrett exploded. He looked up at Matt. “Is this definite?”

“As definite as it gets,” Matt confirmed. “And it puts our case right on the same plane as yours. Sooner or later, we’d’ve crossed paths anyway.”

“If someone doesn’t tell me what’s going on . . .” Anna left the threat open-ended, up to their imagination.

“The good news is we found a connection that gives us a legit reason to dig around some in Garrett’s case as part our own investigation on a related case,” Gina said. “Any flags raised can be explained away.”

Anna noted Garrett’s thoughtful countenance as he stared unseeing at the wall behind her. The fingers of his left hand moved restlessly in a habitual repetitive motion. He seemed a million miles away and she didn’t particularly care for the haunted expression in his eyes but she could see he was concentrating on assimilating the information he’d just been handed.

“Whenever someone takes great care to mention the good news, there’s usually some complementary bad news to follow,” Anna told them.

It was Garrett who answered, proving he wasn’t as immersed in his own world as she had thought. “The bad news is that life just got a lot more dangerous—for you—and for the teens at your center.”

With a feeling of the floor tilting beneath her feet, Anna shifted into Garrett’s eye line, making him look at her before she asked softly, “And for you?”

His reluctant nod of affirmation was so slight she almost missed it.

Because she knew he would hate it, she refrained from even hinting that she was more concerned for his safety than her own. “Then we have to figure it out. How long will it take for you to bring me up to speed?”

“You need to stay out of this, Anna!”

Both men spoke at the same time, with the same forceful intensity, but Anna had already prepared herself for their objections, and she calmly and rationally began to present her case.

“First of all…” She held up her thumb. “We’ve established that I’m already in ‘this,’ so is staying out really an option at this point?” she asked. She added her index finger to her raised thumb. “Second, I know the kids involved, most of them trust me, and the ones who don’t have friends who do.” Anna raised another finger. “Third, I have community connections none of you have. Not even you, Matt!” She uncurled the rest of her fingers and held her hand at her brother in a stop gesture, to forestall the anticipated objection.

When her backup support arrived, Anna was mildly astonished at the source.

“She’s a hundred percent right on all counts, Jeffries,” Gina affirmed. “You need to stop thinking like a big brother and recognize your sister is a professional herself.” She turned to Garrett and continued with her pointed observations, “And you need to start thinking less like a lover and more like a DEA officer or you’ll never get through this.” 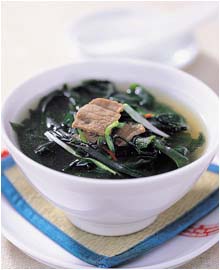 When all three simply stared at her, each dumfounded for a different reason, Gina grinned. “Nothing else to say? Good, then we’re all in agreement. Now, I’m starting the seaweed soup and we can all fill Anna in while I cook.”

Anna was the first to recover. Slowly, she turned her head to glower at her brother. With one eyebrow raised, she addressed him in cool disbelief, “You lost a bet and now I have to eat something that got scraped out of a fish tank?”